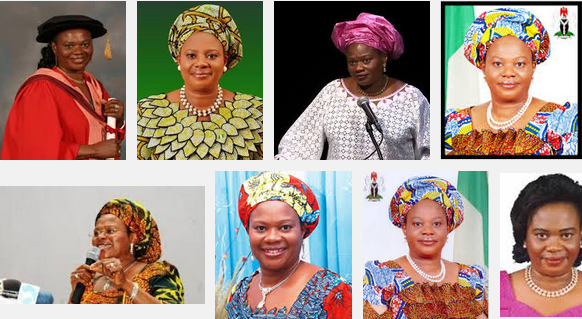 Dora Nkem Akunyili (14 July 1954 – 7 June 2014) was born in born in Makurdi, Benue State, but brought up in Nanka and was married in Agulu, both in Anambra State of Nigeria. Dr. Akunyili’s educational career started with her passing the First School Leaving Certificate with Distinction at St. Patrick’s Primary School, Isuofia, Anambra State in 1966, and the West African School Certificate (W.A.S.C.) with Grade I Distinction in 1973 from Queen of the Rosary Secondary School, Nsukka, both in Nigeria.

These exceptional results in the First School Leaving Certificate, and W.A.S.C. earned her the Eastern Nigerian Government Post Primary Scholarship and the Federal Government of Nigeria Undergraduate Scholarship. She got her First Degree in Pharmacy B.Pharm (Hons) in 1978 and her PhD in 1985 from U.N.N. Dr. Akunyili was a Post Doctorate Fellow of University of London and a Fellow of the West African Post Graduate College of Pharmacists. To prepare her for Managerial positions, she was trained on Senior Management skills Course in RIPA, London and Computer Education Programme by WHO/UNDP/World Bank Sponsored, Enugu in 1998 and 1994 respectively. Akunyili has enjoyed many academic awards and recognitions.

Akunyili started her working career as a Hospital Pharmacist from 1978–1981, in the University of Nigeria Teaching Hospital (U.N.T.H) Enugu, after which she ventured into academics as a Graduate Assistant (Research Fellow) in Faculty of Pharmaceutical Sciences, U.N.N. from 1982-1986. In the University system, she made a steady progress from Lecturer I in 1986 until she was made Senior Lecturer in 1990. She transferred to College of Medicine, U.N.N. in 1992, where she was made a Consultant Pharmacologist in 1996, a position she held until 12 April 2001. Due to her love for teaching and nurturing young ones, she was also a part-time lecturer of the West African Postgraduate College of Pharmacists Lagos, Nigeria from 1992-1995.

Akunyili was also prepared for her administrative position at NAFDAC by her four years stint as Zonal Secretary of Petroleum Special Trust Fund (P.T.F.), coordinating all projects in the five South Eastern States of Nigeria (Abia, Anambra, Ebonyi, Enugu and Imo States).

As a Scientist and a Scholar, she presented 19 papers in various local and International Scientific Conferences, and published a book and 18 Journal Articles. She supervised PhD and Masters candidates in Nnamdi Azikiwe University Awka and U.N.N. respectively both in Nigeria. Even as the Director General of NAFDAC, Dr. Akunyili found time to supervise six Postgraduate students in the College of Medicine U.N.N. She was also Chief Examiner in Pharmacology for 3rd M.B.B.S College of Medicine, Abia State University Uturu, Nigeria.

Following her appointment as the Director General of NAFDAC in April 2001, Akunyili established as a top priority the eradication of counterfeit drugs and unsafe food. Before her assumption of office in NAFDAC, fake and substandard foods and drugs were sold in Nigeria without any form of regulation. She was disheartened that “so many of (her) countrymen and women (were) fighting killer diseases like malaria and tuberculosis with little more than sugar syrup and chalk tablets, cynically packaged to look like the real thing.”[4] Although Akunyili faced considerable risk to her personal safety in her fight to combat the issue of fake drugs, “She [has been] dancing with danger. And she [has been collecting] very visibly awards all over the world appearing with whomever has a smile to share.”

Dr. (Mrs.) Dora Nkem Akunyili, who assumed office on the 12th of April 2001, as the Director General of National Agency for Food and Drug Administration and Control (NAFDAC), is a Pharmacist, Pharmacologist, Erudite Scholar, Seasoned Administrator, and a visionary leader. She was a Senior Lecturer and Consultant Pharmacologist in the College of Medicine, University of Nigeria, Nsukka (U.N.N.), Enugu Campus, before she became the NAFDAC boss.

Akunyili was also a very active member of the Pharmaceutical Society of Nigeria (P.S.N.) where she served in the following capacities:

Akunyili held positions of responsibility in University of Nigeria Nsukka Senate in the following capacities:

Akunyili’s high sense of responsibility led to her being made a member of the following Faculty of Pharmaceutical Sciences Committees (U.N.N.) from 1986-1992:

Akunyili was a devout Catholic and was married to Dr. J.C. Akunyili, of the University of Nigeria Teaching Hospital, Enugu till her death. They had 6 children together.

Her hobbies included reading and writing.

Some of the awards Prof. Akunyili received in her lifetime were: